Thousands of people struggling with drug addiction checked into Florida sober homes and drug treatment centers run by Kenneth Chatman in hopes of turning their lives around.

Instead, these vulnerable men and women—many of them young adults who had traveled far from their homes and families—were thrust into drug-infested flophouses. They were given no treatment, and many were abused and forced into prostitution.

“You had vulnerable individuals trying to get away from years of drug use,” said Special Agent John Gerrity, who investigated this case out of the FBI’s Miami Division as part of a multi-agency health care fraud task force. “But when you went into one of these facilities, you had to turn over your identification, wallet, purse, and phones. Once the patients arrived and discovered the conditions, they had no way out.”

Under Florida law, a sober home—a place for recovering addicts to live—operates under a typical landlord-tenant arrangement. The resident pays rent, and the landlord provides a place to live—but not actual treatment. In general, sober homes consist of communities of people who agree to live together in a drug-free environment. A drug treatment facility, however, is much more proactive and offers medical treatment, so it must be licensed.

And that’s where Chatman’s crimes began. Chatman was legally able to have the several sober homes that he owned and operated, but he was not allowed to own a treatment facility because he was a previously convicted felon, having served time for credit card fraud. After opening sober homes, he realized there was more money to be made in a treatment facility, so he opened one in his wife’s name.

Once the treatment facility was up and running, Chatman began requiring patients to provide urine and saliva samples three times per week, even though he knew many were continuing to use drugs in his facilities. If a patient did not show up, he would have an employee give the samples, pretending to be the patient. Chatman received about $5,000 for each sample from patients’ insurance companies for the testing, and he would personally pocket $2,500 of that payment. The labs also provided Chatman kickbacks in exchange for the business, in violation of Florida’s anti-patient brokering law.

The FBI’s investigation began with an insurance fraud tip, and concerns about Chatman grew when a man overdosed in one of the facilities.

“Everything he was doing with this testing had a cloud of potential legitimacy, but experts said these tests were excessive and not in the patients’ best interest,” Gerrity said. “Patients were getting bills of up to a million dollars a year for all of this testing, and he was also billing for ‘therapy’ sessions that were just patients sitting in a room watching a movie.”

“It’s incredibly rewarding that we were able to get someone like him off the streets, and the lengthy sentence really sends a message.” 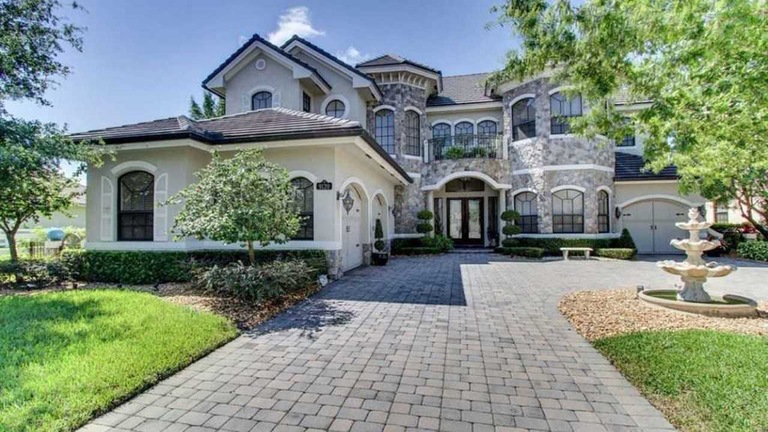 Chatman would not have been able to commit this fraud without doctors signing off that they had reviewed the samples. So he hired some—including Dr. Joaquin Mendez, who worked in skilled nursing and had no background in addiction treatment—to rubber stamp the results.

“Through records, we were able to see that Dr. Mendez ‘reviewed’ 100 tests in a one-hour period. He clearly wasn’t looking at them. He was just going through and clicking to process these tests,” Gerrity said.

Chatman and his associates defrauded insurance companies of an estimated $24 million between 2013 and 2016. Chatman and his wife, Laura, lived a luxurious life thanks to their fraud proceeds, living in a $1 million home and driving high-end cars.

Yet the toll on the sober home residents was even worse than the financial crime.

The FBI’s victim specialists played a critical role in this case by assisting the human trafficking victims with resources, as well as helping patients get legitimate drug treatment.

“It’s incredibly rewarding that we were able to get someone like Chatman off the streets, and the lengthy sentence really sends a message,” Gerrity said. “We’ve met the mothers and fathers of the patients who came here thinking their sons and daughters would get clean. This is an incredibly important issue, and by investigating these types of cases, we’re doing our part in addressing the national drug epidemic.”

Stopping Skimmers – Protect Yourself at the ATM

One Winning PowerBall Ticket was Sold.

Andron McKinney (29, Tampa), a Convicted Felon, Sentenced To More Than...